Get alerts of updates about «Palestine»

History of collaboration in Palestine

A memorandum of understanding (MoU) was signed in Oslo in November 2011 between four collaborating partners: the Palestinian Authority, WHO, NIPH and the Norwegian MFA.

The initial two-year project to support the establishment of a Palestinian public health institute started in March 2012. Following this, a senior technical advisor from NIPH was stationed in Palestine for two years, playing a key role in the start-up phases of the institute.

NIPH currently conducts twinning with the Palestinian National Institute of Public Health (PNIPH) for several core activities. Most importantly, the eRegistries project is a major research, health information, and infrastructure project initiated and led by NIPH with Palestine as the first country to implement it.

NIPH is also assisting in implementing recommended improvements following an assessment of the laboratory capacity of diagnosing meningitis in the Gaza Strip that PNIPH had conducted. These recommendations focus on developing an antibiotic policy, improving laboratory capacity and organisation, improving clinical diagnosis and treatment algorithms, and developing research projects.

Palestine expressed interest in being one of the collaborating partners in the Global Health Preparedness Programme (GHPP). The long and established collaboration with Palestine was a background for choosing Palestine as one of four partner countries. The GHPP in Palestine will involve PNIPH in several activities, both due to thematic and expertise overlaps as well as organisational synergies, involving the same project partners as the PNIPH project itself.

The overall goal for the GHPP is to contribute to improved capacity to prevent, detect and respond to public health events of national and international concern. Paragraph 44 of the IHR (2005) states that “State Parties shall undertake to collaborate with each other to detect and assess events, to provide or facilitate technical support, to mobilize resources, and to formulate legislation to support the implementation of the Regulations.” This paragraph incentivised the NIPH to establish the GHPP in order to support the strengthening of the IHR (2005) core capacities in Palestine. The activities included in the GHPP are also a part of Norway’s contribution to the Global Health Security Agenda (GHSA).

Approximately 2.9 million Palestinians live in the West Bank (including around 0.4 million in East Jerusalem), and 1.9 million in the Gaza Strip according to Palestinian Central Bureau of Statistics. There has been an increase in the population by almost 55 % in the past 25 years. In 2015, life expectancy for males was 71,6 years and 77,9 years for females.

The occupation is causing a challenging health situation in Palestine and negatively affects the access to health care. The health situation in the Gaza strip is particularly critical after conflicts that has resulted in loss and injury of medical personnel and severe damages in the health system infrastructure.

Non-communicable diseases such as ischemic heart disease and cerebrovascular disease that leads to heart attacks and strokes, causes most deaths in the Palestinian population. However, communicable diseases such as tuberculosis, diarrheal diseases and acute respiratory infections, and zoonotic diseases such as brucellosis, still persist, and neonatal preterm death was the third most common cause of death in 2015. This is especially true for populations experiencing poverty and overcrowding. Mental and psychosocial health of Palestinian youth is a national priority due to the impact of living in a conflict area characterised by violence, a high rate of unemployment and an uncertain future. 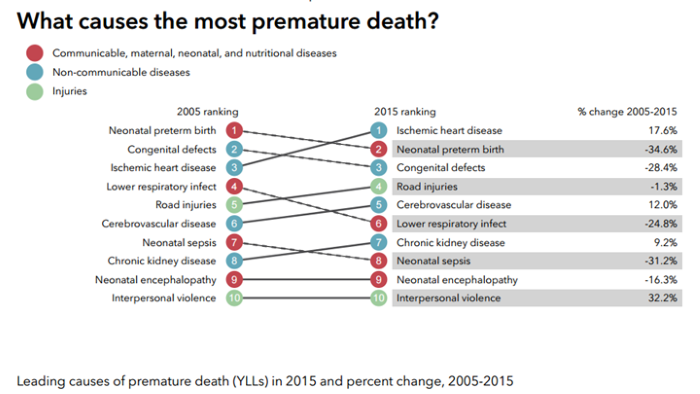 Source: The Global Burden of Disease study, Institute of Health Metrics and Evaluation, University of Washington

Read more about the burden of disease in Palestine (Institute of Health Metrics and Evaluation, University of Washington)

Status and implementation of the project in Palestine 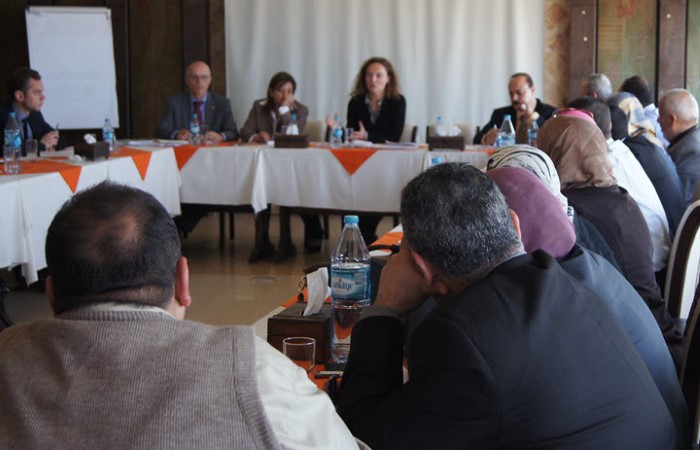 Discussions during a reference group meeting for the Palestinian National Institute of Public Health in Jerusalem. Photo: NIPH

The combination of country data reviews and tabletop exercises facilitated by external technical experts were in line with the current methods for monitoring national public health capacity under IHR (2005) as suggested by WHO. Key informants from central, district and health care facility levels were involved.  Following the mission, an assessment report was finalised, including a suggested action plan which describes tasks that needs to be conducted in order to achieve implementation of the IHR (2005). The report was approved by all participating parties and signed by the Palestinian Minister of Health, and prioritised activity plans are developed in collaboration between NIPH, WHO, PNIPH, and MOH based on the initial assessment report.

The assessment of IHR capacities elucidated gaps in several areas that are crucial in order to detect and prevent public health threats including a limited capacity in detecting infectious pathogens. Therefore, one of the main activities through the project is to support the establishment of a biosafety level 3 laboratory that will enable laboratory technicians to work with agents that can transmit serious and even lethal disease such as yellow fever. A technical advisor from NIPH was seconded to PNIPH from mid-2015 for six months mainly to support the implementation of the GHPP project in the country. NIPH continues to work closely with the Palestinian health authorities and the World Health Organization to support identified focus areas for support in order to strengthen health preparedness and building a more resilient health system.

NIPH’s main partners in Palestine for implementing project activities are the Palestinian Ministry of Health (MoH) and the WHO country office to the occupied Palestinian territories (WHO oPt). MoH is the ministry responsible for most of the core capacities required under the IHR (2005), and appoints and employs the IHR (2005) National Focal Point. As such, MoH will be the most important partner in developing and implementing the GHPP work plan for Palestine throughout the project period. 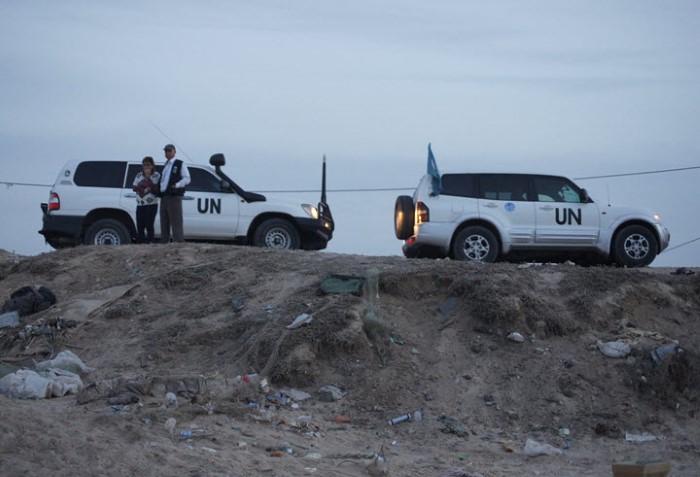 Visiting Gaza together with the partners from the WHO. Photo: NIPH

The WHO country office, oPt, is central to any IHR (2005) related activity in Palestine, not least due to its function as the international IHR (2005) point of contact in Palestine as long as the latter remains without status as State Party to the IHR (2005). WHO’s roles in the GHPP includes, but are not limited to, overall project coordination and management, hosting international consultants and facilitating training activities. All local costs in Palestine will be administered by the WHO.