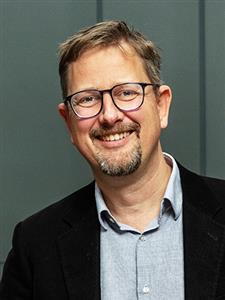 Vegard Skirbekk is a senior researcher at the Norwegian Institute of Public Health and a Professor at Columbia University. He had the idea to form the Centre for Fertility and Health incorporating social and biological aspects of childbearing and their health consequences for both adults and children. This project, where he is Prinicipal Investigator, received 10-year funding and was in 2017 established at the Norwegian Institute of Public Health. Skirbekk has widespread experience in fertility research, including in determinants of childbearing, intergenerational risk transmissions, and changes in household composition. Some of his research emphasize how new factors can increasingly explain fertility behaviours, including personality factors. Professor Vegard Skirbekk's research on has focused on fertility, ageing, productivity and culture. Skirbekk has published in academic journals such as Nature, Science and Proceedings of the National Academy of Science (includ

Vegard Skirbekk is a population economist and social scientist specialising in demographic analysis and cohort studies. He holds a professorial position at the Population and Family Health at Colombia Aging Centre at Columbia University, USA. Skirbekk received his PhD from Rostock University, Germany and has also worked at the Max Planck Institute for Demographic Research. He has two decades of international experience and has held professorships and scientific leadership positions in Austria and Germany. He has received research grants from ERC, PEW and UNESCO. Skirbekk’s main research focus is on health, productivity, and associated determinants from a multidisciplinary perspective, with an emphasis on the role of changing labor market demands, technological and cultural changes as well as variation in the attitudes, beliefs, and competences of new cohorts. He has published widely on comparative health and cultural studies for countries from all world regions. Skirbekk has worked extensively on causality, global comparative assessments and projections.