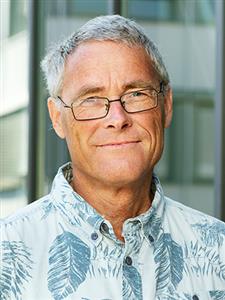 I've been a professor of demography at the Department of Economics, University of Oslo, from 1994 to 2022.  During those years, I've had part-time positions at the Cancer Registry, in Statistics Norway, or in the Norwegian Institute of Public Health. I now work full time at the Centre for Fertility and Health at the Norwegian Institute of Public Health. Most of my research has dealt with the relationships between education/income, fertility/family, and health/mortality.  It has to a large extent been based on Norwegian register data, but I've also used survey data from India and Africa. Event history analysis has been my main statistical tool. Some of the papers have been about methodological issues.

Øystein Kravdal is professor of demography at the Department of Economics, University of Oslo, since 1994. Since 2009 he has also worked at the Norwegian Institute of Public Health. His main research interest is how socio-economic resources influence and are influenced by fertility and family behaviour, and how all these factors are associated with health and mortality. Most of his work has been based on register or survey data from Norway, but he has also done research on fertility and child mortality in India and sub-Saharan Africa. His papers have been published in demography, sociology, epidemiology and cancer journals. Kravdal was co-editor of Population Studies from 2004 to 2013, and has been a member of the Editorial Board of the European Journal of Population since 2001. He was member of the Council of the International union for the Scientific Study of Population from 2014 to 2017.