Department: Centre for Fertility and Health 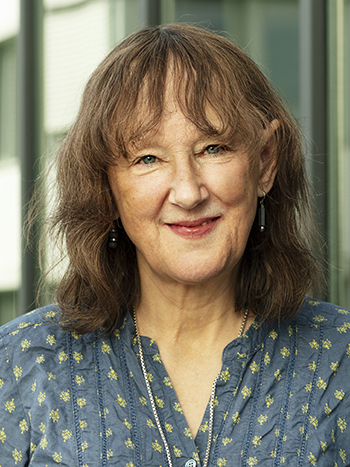 Emily Grundy is Professor of Population Science and Director of the Institute for Social and Economic Research at the University of Essex, a part time Research Professor in Demography at the London School of Economics and an Honorary Professor of Demography at the London School of Hygiene & Tropical Medicine. Previous appointments include positions at LSHTM (where she gained her MSc and PhD in Medical Demography), Cambridge University (where she took her first degree), King’s College, London, where she helped develop the UK’s first multidisciplinary MSc programme in Gerontology, the City University and the University of Nottingham Medical School. Most of Emily’s research has focussed on aspects of individual or population ageing. Her main research interests are families, households and kin and social networks in later life, especially in relationship to health, associations between family life courses and health and well-being at older ages, and trends and differentials in later life health, disability and mortality; she has published extensively on these topics. She was Director of the Centre for Longitudinal Study Information and User Support (CeLSIUS) group from 2001-2012 and Director of the National Centre for Research Methods Pathways node on Identifying and measuring causal pathways from social to health disadvantage from 2011-2014. Emily currently holds a European Research Council Advanced Grant to examine Family life courses, intergenerational exchanges and later life health. Other current projects are focussed on social and environmental life course influences on mental health and cognitive function at older ages. Emily is Chair of the UK Population Investigation Committee, Past President of the British Society for Population Studies, a member of the Council of the International Union for the Scientific Study of Population and member of various international and national advisory scientific advisory groups. She is a Fellow of the Academy of Social Sciences and a Fellow of the British Academy. She is an Affiliated Researcher at the Centre for Fertility and Health.