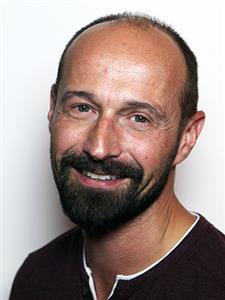 Prof. J. Frederik Frøen, MD, PhD (obstet), PhD (pediatr) is an ERC Consolidator Grantee, current Chief Scientist and former Director of the Department of International Health as well as the head of the reproductive, maternal and child health (RMNCH) team there. He is Director of the eRegistries Initiative and responsible for overseeing the integration and integrity of the research and implementation phases of the various projects. He is a Professor, founding partner, and member of the Technical Advisory Group, at the Norwegian Research Council’s Centre of Excellence “Center for Intervention Science for Maternal and Child Health” (CISMAC) at the University of Bergen, a member of the WHO mHealth Technical Evidence Review Group and the UN Multi-Agency Digital Health Guideline Development Group. He has served on WHO committees for perinatal mortality classification and verbal autopsy, and led the development of the CODAC system. He was a cofounder and former chair of the International Stillbirth Alliance, as well as an executive committee member and lead author of both the Lancet Stillbirth series (2011) and the Lancet Ending Preventable Stillbirths series (2015). He is a former Fulbright visiting professor of maternal-fetal medicine at Brigham and Women’s Hospital, Boston, USA and visiting lecturer in obstetrics at Harvard Medical School. He received PhDs in pediatrics and obstetrics from the University of Oslo (UiO).​​