Get alerts of updates about «Malawi»

The overall goal for the GHPP is to contribute to improved capacity to prevent, detect and respond to public health events of national and international concern. In each partner country, the planned activities are linked to the objectives supporting the overall goal, although the activities in each country will vary, depending on the needs of the partner country.

The country-specific GHPP activity plans for implementing and strengthening the IHR core capacities have been developed in collaboration with each partner country based on the results of the initial assessments and country-specific priorities as indicated in the countries’ respective IHR action plans.

The international health regulations are legally binding regulations for all WHO member states, that aims to support the international community to prevent and respond to public health crisis.  Paragraph 44 of the IHR (2005) states that “State Parties shall undertake to collaborate with each other to detect and assess events, to provide or facilitate technical support, to mobilize resources, and to formulate legislation to support the implementation of the Regulations.” This paragraph incentivised the NIPH to establish the GHPP in order to support the strengthening of the IHR (2005) core capacities in Malawi. The activities included in the GHPP are also a part of Norway’s contribution to the Global Health Security Agenda (GHSA).

Malawi is a land-locked country in Sub-Saharan Africa bordering Tanzania, Mozambique and Zambia, that struggles with high rates of poverty, population growth and corruption. The country is divided into three administrative regions, namely the Northern, Central and Southern Regions. The country is divided into 28 districts (six in the Northern Region, nine in the Central Region and thirteen in the Southern Region) and five health zones.

Since 2008, the country has had several major outbreaks, including cholera, typhoid fever and measles, showing the importance of building a resilient health system that can prevent, detect, and respond to health crisis. 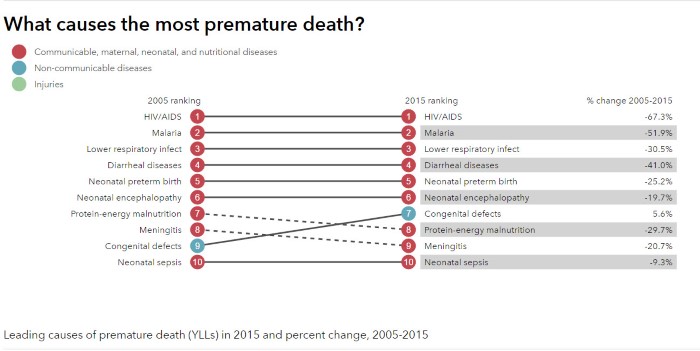 Source: The Global Burden of Disease study, Institute for Health Metrics and Evaluation, University of Washington

The burden of disease in Malawi (Institute for Health Metrics and Evaluation, University of Washington)

Implementation of the project in Malawi 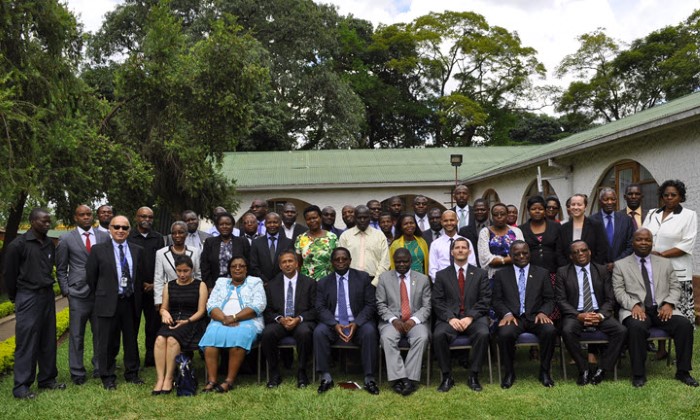 From the national launch of the field epidemiology training in Malawi in April 2016. Photo: Emily MacDonald/NIPH

The first national assessment of the IHR (2005) core capacities was conducted by PHIM in 2015, with technical and financial support from the NIPH. Although the assessment demonstrated that Malawi does not yet have the core capacities in place, the results have revealed areas that will be targeted in an IHR action plan and have been used to inform the activities which will be part of the NIPH–PHIM collaboration. As the primary goal of the GHPP in Malawi is to support implementation of the IHR (2005), all activities will reinforce the Ministry of Health’s efforts to fulfil this legal obligation.

The GHPP project will primarily support activities which strengthen the capacities for surveillance, preparedness and response through operationalisation of the Integrated Diseases Surveillance and Response (IDSR) strategy. This is the primary approach to IHR (2005) implementation in Malawi and the recommended approach to IHR (2005) implementation by WHO–AFRO.

Wherever possible, the project activities will be integrated with IDSR structures in order to reinforce the existing systems, guidelines and protocols, and to avoid duplication. Efforts will be made to ensure complementary activities, such as the US CDC-supported initiative to establish a field epidemiology programme (FETP), will be coordinated with the activities of GHPP, in order to support core initiatives for the Malawian MoH and avoid duplication. Since October of 2015, a technical advisor from NIPH has been based at the PHIM secretariat in Lilongwe to support improvements to disease surveillance and implementation of the IHR (2005).

NIPH’s primary partner in the Malawian MoH is the Public Health Institute of Malawi. Therefore, the GHPP activities will fall under the mandate of PHIM or one of its contributing units (Epidemiology Unit, National Public Health Reference Laboratory or Research Unit).

NIPH has established a partnership with Norwegian Church Aid (NCA) Malawi for technical and administrative collaboration for the GHPP activities in Malawi. Norwegian Church Aid has worked in Malawi since 2001, with programmes primarily focused on the right to health, gender justice, climate justice and emergency response.

As of June 2017, recruitment is underway through Norwegian Church Aid to employ several local staff on GHPP activities in Malawi.