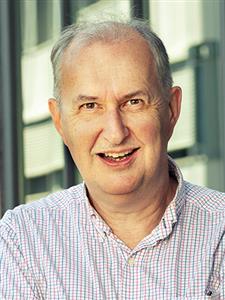 Anders Skrondal is Senior Scientist at the Centre for Fertility and Health, Norwegian Institute of Public Health (NIPH); Professor at CEMO, University of Oslo (UiO); and Professor at GSE, University of California, Berkeley. Skrondal started his career in the Economics and  Biostatistics departments, UiO. His PhD in Statistics was awarded the 1997 Psychometric Society Dissertation Prize, judged on "the level of originality in the ideas and techniques, the possible applications and their treatment, and potential impact". He was awarded a personal Postdoctoral Fellowship from The Research Council of Norway spent at the universities of London and Manchester. After returning to Norway, Skrondal became a Senior Researcher and Head of the Biostatistics Group at NIPH. In 2005 he became a Professor of Statistics at the London School of Economics (LSE) and was subsequently appointed Director of the LSE Methodology Institute. After four years at LSE, Skrondal returned to NIPH. He has also been Adjunct Professor of Biostatistics in the Department of Mathematics, UiO. A major part of Skrondal's work has been on the Generalized Linear Latent and Mixed Model (GLLAMM) framework which unifies and generalizes latent variable modeling and multilevel modeling. Output include papers published in (bio)statistical, psychometric and econometric journals as well as several bestselling books. He has published papers in more than 50 different peer-reviewed journals and 14 books, and his h-index is 55 in Google Scholar. The gllamm software for fitting GLLAMMs has been used in articles in more than 750 different journals. Skrondal is regularly giving workshops and keynote lectures worldwide. Anders Skrondal served as President of the Psychometric Society for 2016-2017. He is an elected member of the International Statistical Institute, and formerly a co-editor of Statistical Methods in Medical Research and the Chapman & Hall/CRC book series Statistics